Earlier this summer, a show called “The Rap of China” (R!CH) aired its first season– like its name suggests, it’s a survival show where Chinese rappers battle each other to win the most audience votes and praise from established hip-hop artists.

I started watching the show because it was pretty much a copy of its widely popular Korean predecessor, “Show Me the Money”, of which I am a fan. R!CH almost plagiarizes SMTM, including the same systemic judging procedures, 60-second audition/cypher/battle/performance format, and even the producers’ jewel encrusted microphones. In addition, one of the producers was Kris Wu, formerly of EXO. I thought he was a surprising choice as a producer because idol members are notoriously criticized on SMTM for not having serious rap skills and Wu hadn’t particularly “proved” himself to be a successful rap solo artist (unlike Zico, also a producer on SMTM.) After the episode aired, netizens voiced similar thoughts by creating a buzzword out of Wu’s harsh criticism of the contestants: “有freestyle吗?”

When I was watching, one of the contestants, “Hip Hop Man” piqued my interest. Hip Hop Man obscures his identity by wearing all black and a mask, but that doesn’t stop everyone knowing exactly who he is after he starts to rap during his audition. Multiple audience members gasp and point at him right before he opens his mouth, immediately grabbing everyone’s attention. Not knowing much about Chinese rap, I assumed that he was some sort of celebrity (I didn’t even know the other producers, MC Hot Dog and Wilber Pan.)

However, my impression was unfounded when Hip Hop Man started rapping in English– it was obvious that he was Chinese-American and better at rapping than his fellow contestants (perhaps I’m biased as an Asian American myself.)

Asian-Americans trying to make it into Asian rap is common on SMTM as well– this is especially because they’re succeeding. Korean-Americans that are prominent in today’s Korean rap and R&B scene include Jay Park, Dok2 (both producers of multiple SMTM seasons), Yoon Mirae, Jessi, Joon Park of g.o.d and more. There are even more Korean-American SMTM contestants: Flowsik, Snacky Chan, Junoflo, Killagramz, etc. Korean-American SMTM contestants have been signed to Korean recording companies after the show as well– Junoflo to Feel Ghood Records and Killagramz to Cycadelic Records. This participation is encouraged: recent seasons have hosted NYC and LA auditions in order to recruit American contestants.

Like the Korean-American contestants on SMTM, Hip Hop Man also struggled with the language barrier and eventually was eliminated for using too much English in his lyrics, despite his skill.

I was surprised that so many Chinese members of the audience knew who Hip Hop Man was because he was Chinese American, but didn’t think much of it because I didn’t know anything about him– he literally was masking away his identity.

Who is Hip Hop Man? He’s actually an American rapper named MC Jin, who after a YouTube search, seemed to be a battle rapper who was featured on a few TV shows in the early 2000s.

It wasn’t until last weekend when I watched “Bad Rap“, a documentary about Asian-American rappers, did I learn more about MC Jin’s track record in the music industry. Two rappers in the film, Awkwafina & Dumbfoundead cite MC Jin as an inspiration when they were growing up as a role model in the hip-hop industry.

He was the first Asian American rapper to be signed to a major American record label: Ruff Ryders, also home to DMC. He debuted with the single “Learn Chinese” in 2004.

I had never even heard of this song and was frankly in disbelief that something that played into so many racial stereotypes was MC Jin’s first shot at the mainstream. It also seems like it was the only shot he got, since his two singles (the other called “Senorita”) did not do well commercially and he was later dropped from his label. However, MC Jin has continued to try and stay relevant. With his recent appearance on R!CH and multiple public American appearances, it seems like he might be trying to make a comeback in both countries.

It’s interesting to see the milestones and back-steps that Asian American artists have taken in the music industry, even if we’re looking at rap exclusively. Though not a traditional “success” as an American recording artist, let’s acknowledge MC Jin for his accomplishments as an Asian American rapper and as a source of inspiration for those who are inspired and will come after him. While “Bad Rap” paints a continuous uphill struggle for Asian American rappers in the mainstream entertainment market, there are changes occurring in the industry.

Earlier this year, Jay Park signed a deal with American hip-hop label Roc Nation and he notes: “This is a win for Asian Americans.”

It should be noted that Jay Park was presumably able to get this deal with Roc Nation due to his demonstrated success as a K-pop artist that can sell multi-platinum records. This requirement for Asian-American artists to “prove themselves” in Asia seems to be a route that many Asian American artists seem to be taking: Wang Lee Hom, Wanting, Eric Nam, Sam Kim, Roy Kim, among others.

And it might be the way to go– Even though MC Jin has been active for almost 2 decades, it’s his Chinese rap videos that have the most views on Youtube.

^ I have no idea what he’s saying.

The emergence of these hip-hop focused shows reflects how China’s music audience might be developing a taste for rap, just like how it has become extremely popular in Korea in recent years. Korean rapper, Keith Ape, reached American music charts with his song “It G Ma.” This phenomenon hasn’t gone unnoticed– the New York Times recently published an article about Higher Brothers, a rap duo in China. They’re actually managed by the same company, 88Rising, as Rich Chigga. And even though 88Rising is an Asian-American music focused media group, they seem to be realizing that trans-national artists are paving the way to mainstream prominence.

bonus: my favorite clips from SMTM over the years.

Junoflo passing his 60 second audition, his second time on the show. 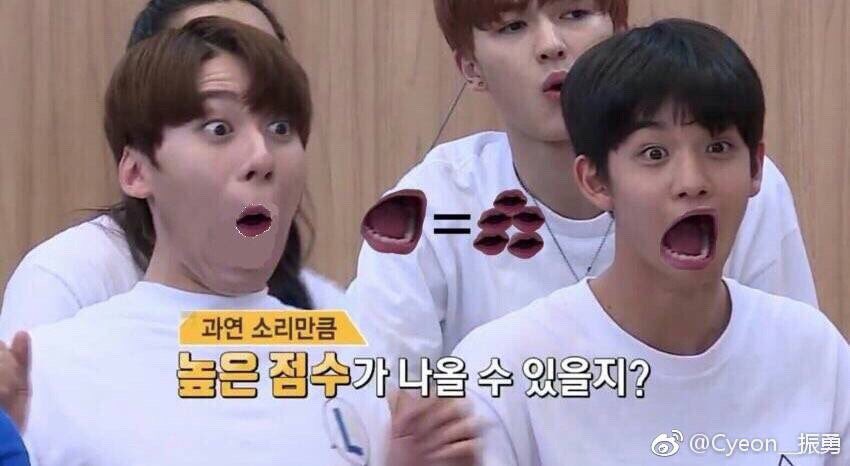 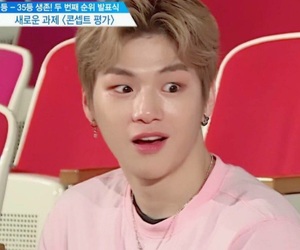